Personal Injury Claims, what are your rights?

Personal Injury Claims, what are your rights? 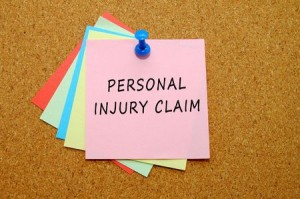 Assuming you have been incurred a you have up to two years from the date you knew about the loss to make a Personal Injury Claims.

Personal injury claims can be settled directly with the third-party insurer or PIAB. Settling them directly with an insurer usually results in a faster settlement agreement and with the same result.

There are a number of damages you are entitled to claim for which include,

The main ones that we see within a personal injury claim on a regular basis are general and special damages.

General Damages are the element of the award for the injured person’s pain, suffering and loss of amenities. It is a type of unliquidated damages as they can’t be accurately determined or proved until after the event. The book of quantum provides guidance to us in terms of personal injuries however the prudent judgement of wherein the medico legal report sits into this guide will determine the level of the award when dealing with an insurance company. In the High Court case of Maggie Yang Yun v Motor Insurers Bureau of Ireland (2009), Quirke J reviewed the previous “cap” on general damages to reflect inflation and the current economy. He proposed a cap on damages should be set at €450,000. This only applies to the general damages with special damages being calculated separately.

Special damages are liquidated damages (quantifiable in monetary terms) of which the plaintiff is required to give notice when they claim against the defendant and must be proven, these are basically “out of pocket expenses”, or monies lost due to the accident. If you have been in a road traffic accident they could include, loss of earnings, clothing damages, medical expenses, car damages, mileage, car hire, aids and appliances, alterations to home, special care, prosthetic, assisted living costs, long term costs.

Under the Recoverable Benefits and Assistance (RBA) scheme the government seeks to recover from the compensator (insurer) certain social welfare benefits paid to claimants. The scheme was introduced in August 2014 under the Social Welfare and Pensions Act 2013. The legislation applied retrospectively to existing claims. This resulted in insurers increasing claims reserves to allow for the increase in claim payment.

If you have a personal injury claim, contact us today for a “no-win, no-fee” service.

This article discusses general information based on insurance claims. Please note however that it does not constitute loss assessor advice, nor is it intended to create a loss assessor-client relationship. Neither is it intended to provide a comprehensive or detailed statement of an insurance claim. No liability whatsoever is accepted by Pro Insurance Claims for any action taken in reliance on the information in this website.