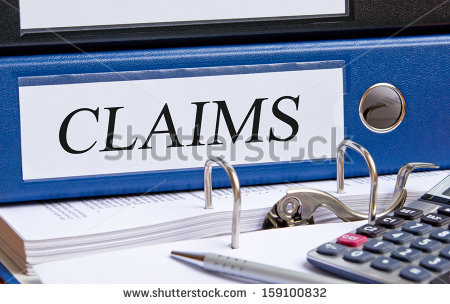 At Pro Insurance Claims, we help people when they have a claim, we achieve on average a 30% better settlement on your behalf for your home insurance claim.

The majority of claims fall under this insurance peril, accounting for about 32% of all claims we processed in 2017, claims arise from underfloor pipes, attic leaks, radiators, cylinders, waste pipes, etc. Insurers will pay for the damage caused by the leak and but not repairing the actual leak itself however you may be able to claim for a Trace and Access allowance for the leak.

Insurers generally have an occupancy clause which may stipulate that you need to occupy the property for a certain number of days per year or a certain period before the loss.

The hidden damage when you have a home insurance claim due to water can be unfold due to the fact a consumer may not know what they are entitled to claim. Yesterday I inspected a water leak on behalf of a client, initially he assumed that his home insurance claim consisted of just damage to his hallway however when the property was surveyed, the flooring throughout the ground floor was accepted as being damaged, coupled with all associated woodworks.

The main items you need to have within you home to prevent a home insurance claim of this type are,

The storm season didn’t really take off until the 16th of October with a hurricane, storm claims accounted for 16% of all claims in 2017. We complete a lost of agricultural claims therefore they tended to be quite large in size. In terms of your home insurance claim, there generally are exclusions for gates, lawns, hedges, trees, shrubs and plants. A flat roof can be a major problem when making a home insurance claim as there generally are a number of conditions which you must fulfil before a claim would be accepted.

During the period of 2011 – 2014 a home insurance claim of this type was extremely likely and accounted for a significant number of the claims we processed during those years however in 2017 it accounted for about 14% of all claims.

On a report from the Irish independent on the 28th of March conducted by PhoneWatch they state that a modest rise of burglaries in 2017 of 3pc.

The most common entry point is forced entry of the windows and doors both at front and back.

The Garda website lists a number of good tips to avoid your home getting burgled which include,

The advices is not absolute but it will prevent a home insurance claim for theft.

Oil spills accounted for 9% of all our claims in 2017, they generally are large and complex situations. If you need to make a home insurance claim for this loss, you will need good advice.

An oil leak generally will come from a tank or fitting, sometimes in can be due to a third party.

The danger with an oil leak is that should it remain untreated, it may cause effects to concrete foundations, floors or walls of a property. The odours can also damage soft furnishings thus giving rise to another claim for loss of those items.

An insurer may attempt to avoid a home insurance claim for oil on the following grounds,

Should you have a home insurance claim and wish to obtain a 30% better settlement, please contact us today and we will be happy to assist.